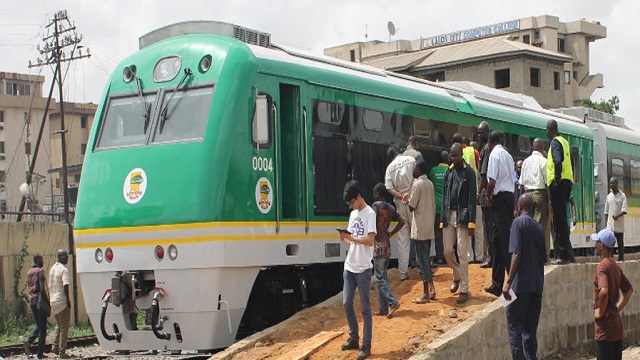 A viral claim which says that ‘Railway’ is recruiting 50,000 people  for temporary job placements has surfaced online.

The post, as seen in a WhatsApp group, reads in part: “Railway has announced vacancies for 50,000 young people across the country for data collection. Submit your application.”

The claim did not specify which ‘railway’, but it was circulated and has gone viral within the Nigerian cybersphere.  As such people are bound to assume that it is the Nigerian Railway Corporation (NRC) – which is the only railway in Nigeria.

That the Nigerian Railway Corporation (NRC) is recruiting  50,000 workers.

Checks by the FactCheckHub show that the claim is FALSE.

The railway system in Nigeria is government owned and it is called the Nigerian Railway Corporation (NRC). It is a Federal Government-owned public railway transport system.

During the administration of former President Goodluck Jonathan, the railway system in Nigeria experienced a significant boost when in 2014 he signed a $12 billion deal with the China Civil Engineering Construction Corporation (CCECC) to construct a 1,400-kilometre railway in the country.

His successor, President Muhammadu Buhari, continued with the work in the sector by securing a $7.5 billion loan in 2017 to construct the Lagos-Ibadan rail project.

More loans were later sought to expand the project amidst public criticisms.

“Accordingly, I have approved the prioritisation of viable railway routes for either new rail lines or the reconstruction and rehabilitation of some, to achieve effective and efficient train services supporting the country’s trade and commerce,” Buhari said at the commissioning of a 326 kilometres Itakpe-Ajaokuta-Warri rail line in September 2020.

The projects, when completed among others things, are expected to provide job opportunities.

Is NRC really planning to engage 50,000 people on a temporary basis?

As part of the verification process, the FactCheckHub visited the link included in the claim, and the next page shows a webpage entirely different from the NRC.

Even though the website has the secured sign icon, it is not related to the country’s railway service.

In a phone conversation with  the FactCheckHub, Yakub Mahmoud, the NRC Public Relations Officer (PRO) dismissed the report as fake.

“It is not true. It is completely false,” Mahmoud said.

In addition,  the NRC had issued a disclaimer on the recruitment claim.

“That NRC is currently not recruiting” it reads in part.

The claim that the Nigerian Railway Corporation (NRC) is  recruiting 50,000 persons for a temporary job is FALSE.

Claim that the WHO Director-General contracts COVID-19 is FALSE