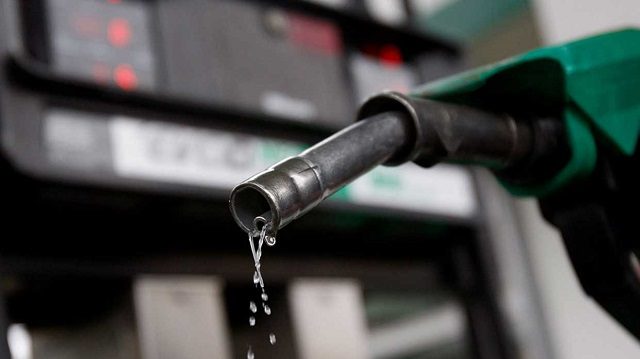 A post made by a social media influencer, Reno Omokri, and shared over 4,000 times on Twitter claims that Nigeria’s foreign debt has risen to $34 billion under President Muhammadu Buhari-led administration.

He also added that President Buhari has increased the price of fuel three times in 2020.

He wrote “General Muhammadu Buhari has increased fuel price for the 3rd time this year. No other government before him ever did this. Yet, he has increased our foreign debt from $11 billion in 2015 to $34 billion today.”

Claim 2: President Buhari has increased fuel price for the third time in 2020.

What is Nigeria’s current debt?

The Debt Management Office (DMO) is responsible for collating and coordinating debts sought by the Federal Government of Nigeria.

The agency which was a department in the Ministry of Finance became autonomous on October 4, 2000.

This figure is less than the figure ($34 billion) put forward in the claim.

The debt was categorised into two groups – multilateral and bilateral.

The World Bank also has the same figure as the DMO.

What was Nigeria’s foreign debt in 2015?

Therefore, based on the above data, the claim is Mostly False.

In recent months within 2020, the price of Premium Motor Spirit (PMS) also known as petrol has fluctuated based on changes in international crude oil prices

In Nigeria, the international crude oil price is used as a benchmark for the country’s annual budget.

While the PPPRA regulates the fuel price, the Petroleum Products Marketing Company (PPMC) is the marketer.

The PPMC is also responsible for the supply of petroleum products to domestic markets. It has depots scattered across the country from where PMS is supplied to petrol stations.

On March 20, 2020, the PPPRA commenced the market-based pricing regime for the PMS due to the deregulation of Nigeria’s downstream sector.

This implies that the agency would only monitor market trends and advise the NNPC and the oil marketing company on the market-based prices.

As such, the PPMC as of date is solely responsible for importing refined petroleum products for further distribution across the country. This is largely attributed to non-availability of forex to private oil marketers.

However, unlike the subsidy era where the government subsidizes fuel prices and PPPRA determines fuel cost, normal market forces currently determine petrol prices as purchased by the PPMC or private fuel marketers.

But, did Buhari increase fuel price for the third time in 2020?

Findings show that fuel, which connotes PMS in Nigeria, was increased more than three times in 2020.

In January and February 2020, Abdulkadir Saidu, PPPRA Executive Secretary pegged the open market price for petrol at N175.52 per litre and N156.02 per litre respectively.

The  Ex-depot price is the price at which depot owners sell the commodity to retail outlets.

In recent times, the ex-depot price per litre of petrol is normally around N15 lower than the pump price, as the marketers would add cost of transporting the commodity from the depots to their retail outlets, in addition to other costs, such as marketers’ margin, among others.

In September, the price was further increased to  ₦151.56.

As of December 2020, Timipre Sylva, Nigeria’s Minister of State for Petroleum Resources announced that the government would no longer fix the fuel prices.

Earlier in October, President Buhari, who is also the Minister of Petroleum Resources, during his speech to commemorate the country’s 60th independence anniversary, argued that the fuel price is low in comparison to other countries, adding that as such, it is unsustainable.

“Fuel prices in Nigeria are to be adjusted. We sell now at N161 per litre,” Buhari stated.

By November, the ex-depot price was increased once again to  N155.17.

About a month after the claim by Reno, in December,  the government promised a N5 price reduction.

Also, the claim that President Buhari has increased fuel price for the third time in 2020 is MOSTLY TRUE, because it was increased more than three times.

Did Oyo IGR increase by 26.4%, Is Kaduna planning to tax everyone above 18?