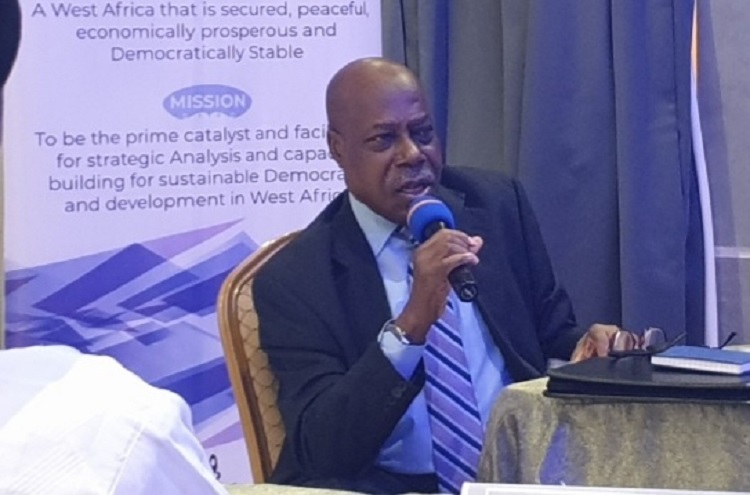 Ray Ekpu, a veteran journalist and former Co-founder of Newswatch Magazine on Wednesday tasked journalists from the mainstream media to build capacity on fact-checking.

The skill, he said remains vital to stop the spread of fake news, especially through social media.

He gave the advice during training on Conflict-Sensitive Reporting organised by the Centre for Democracy and Development (CDD) in Abuja. The media trainer emphasized journalism is not gossip making but critical reporting backed up with evidence.

“Traditional media must provide themselves with the right capacity to do fact-checking. It is the source of their credibility as believable media.”

“Journalism is not gossiping, but fact,” Ekpu stated.

According to him, “facts are sacred. A comment is free. So, they (media) must provide themselves with the capacity to cross-check claims.”

“Credible truthful information should go to the public through traditional media rather than visiting ephemeral media such as social media that just do breaking news, and nothing is breaking really. Even when there is a mistake, they do not correct it. They just continue.”

Speaking further on the need for verification, the public needed to understand the difference between genuine stories and misinformation. “And when they are considered to be fake, people will begin to withdraw their support for them.”

He said though he still relies on the traditional media, once there is breaking news on social media he takes to the regular traditional media and also visit multiple credible media organisations if a similar report was already published.

The journalist criticised the usual practice of hoarding information from the media, especially by government establishments.

“Government is doing itself major harm by not disclosing a lot of information, particularly on insecurity. How are journalists ought to know what they (military) have done at the war-front?” He queried.

“They are the one who issues press releases.”

He recalled during the Nigerian civil war, the Nigerian journalists were at the war front, covering the crisis.

Describing the profession as risky, he said the risks are enormous, as such “government must open up to provide credible information.