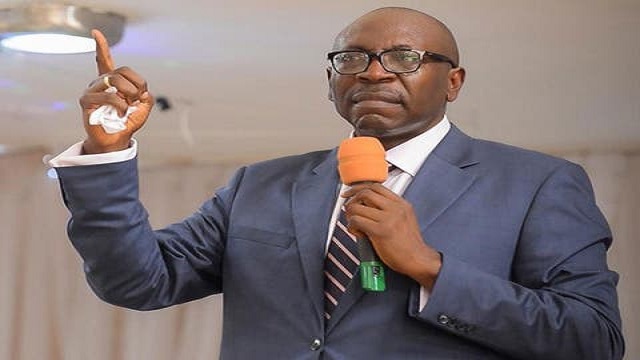 A WhatsApp message surfaced online less than 24 hours to the Edo state governorship election that  Osagie Ize-Iyamu, the All Progressives Congress (APC) candidate for the poll has withdrawn from the race.

Edo, a state in Southern Nigeria holds its gubernatorial election on September 19, 2020 (today).

While adding that the Ize-Iyamu would not be participating in the election.

The message has been shared severally across different WhatsApp groups.

The FactCheckHub checked the final list released by Nigeria’s Independent National Electoral Commission (INEC) to verify if the party and its candidate have been removed from the contest as claimed in the viral message but the name of the APC candidate was present.

The name of his deputy, Abudu Ganiyu Audu (50) was also  in the INEC list. He was listed number 8 in the document signed by Rose Oriaran-Anthony, Secretary to the electoral commission.

Unlike what is obtainable in the Nigerian media industry, the press statement was not signed by anyone.

Moreover, no such information was shared by official channels of the APC and the INEC.

Reports also affirmed Ize-Iyamu  voted at Ugboko Ward 4, Unit 26, Orhionmwon Local Government Area (LGA) of the state at about 9:25am on September 19, 2020.

In addition, Ize-Iyamu told the press that he is confident of winning after casting his vote on Saturday.

The  claim that the All Progressives Congress (APC) candidate, Osagie Ize-Iyamu withdrew from Edo governorship election race is FALSE.

Ize-Iyamu spoke to the press after casting his vote, saying that he is confident of winning.