A former vice president of Nigeria, Atiku Abubakar, on March 28, 2021  made several claims that the country is the world headquarters for extreme poverty, the world capital for out-of-school children, and the nation with the highest unemployment rate on earth.

Abubakar made the claims on a Twitter thread he titled “World’s Highest Unemployment Rate: Time To Help This Government Help Nigeria”.

His thread was prompted by a Bloomberg report which stated that Nigeria is heading towards taking the position of the country with the highest unemployment rate.

Abubakar rounded up his thread with;

In a situation where we are simultaneously the world headquarters for extreme poverty, the world capital for out of school children, and the nation with the highest unemployment rate on Earth, there is a very real and present danger that we might slip into the failed states index – God forbid!

The thread has gotten over 14,000 engagements and has been the subject of several news reports.

Is Nigeria the world headquarters for extreme poverty?

The United Nations defines extreme poverty, also known as absolute or abject poverty as, “a condition characterised by severe deprivation of basic human needs, including food, safe drinking water, sanitation facilities, health, shelter, education and information. It depends not only on income but also access to services.”

The World Bank Commission on Global Poverty tags individuals living below the international poverty line of $1.90 per day as the benchmark for extreme poverty.

In 2018, Nigeria overtook  India to become the poverty headquarters of the world. This was based on the number of people in poverty.

A Washington-based research organisation, Brookings, gave a rounded figure of 87 million for Nigeria compared to  73 million for  India, noting that “extreme poverty in Nigeria is growing by six people every minute, while poverty in India continues to fall”.

Fast-forward to April 2021, data from the World Poverty Clock, a web tool produced by the World Data Lab and statistical projections from the International Monetary Fund’s World Economic Outlook puts Nigeria’s figure at over 89.8 million which makes it 43 per cent of an estimated 209 million population.

Whereas, India has 86.7 million which makes it 6 per cent of its nearly 1.4 billion estimated population.

This figure still pegged Nigeria as the country with the most people in extreme poverty. As such, the claim by   Abubakar is TRUE.

The World Poverty Clock data is updated in April and October.

Is Nigeria the world capital for out-of-school children?

However, by March 2021, the country’s Minister of State for Education Emeka Nwajiuba said the figure has increased by 3.054 million bringing the total to 10 million out-of-school children.

Nwajiuba, while speaking at the official flagging off of the World Bank-sponsored Better Education Service for All (BEDSA) in Dutse, Jigawa State, said: “With an estimated 10,193,918 children out-of-school, Nigeria has the highest number of out-of-school children in Sub-Saharan Africa.”

The United Nations Children Fund (UNICEF) spokesperson in Nigeria, Geoffrey Njoku, in response to the FactCheckHub enquiry, if Nigeria is the world capital for out-of-school children, said: “I don’t think so. It should be India or Pakistan.”

A report on the website places Nigeria out-of-school children at 10.5 million, another report places India’s number at about 6 million and another report places Pakistan’s number at 22.8 million. This report went on to state that “Pakistan has the world’s second-highest number of out-of-school children (OOSC) with an estimated 22.8 million children aged 5-16 not attending school”, it, however, did not state the first.

These reports were all not dated as such it cannot be determined at what point did these countries have these figures.

Data released in November 2019 by UNICEF has the figure for Nigeria missing. The data from The World Bank has no entry for Nigeria, Pakistan and some other countries. The same applies to data from UNESCO Institute for  Statistics (UIS) database which uses dots to signify “Data not available”.

This shows that Nigeria does not have the highest out-of-school rate, it however does not answer the question if Nigeria has the highest number (population) of out-of-school children. As such, the available information cannot debunk or substantiate the claim.

Is Nigeria the nation with the highest unemployment rate on earth?

The International Labour Organisation (ILO) has certain criteria to determine unemployment, some countries apply only a part of these criteria. This inevitably distorts cross-country comparisons.

As a result of this disparity, the claim by Abubakar that Nigeria is the nation with the highest unemployment rate on earth would be tested against various rankings and also the harmonised ranking by ILO.

The Nigerian National Bureau of Statistics (NBS), considers an individual, between ages 15 to 64, unemployed, if he or she has no work or worked for less than 20 hours within the reference period which is a week.

The most recent data from the NBS as at when this claim was made is for the fourth quarter of 2020. This data has the country’s unemployment rate at 33.3 per cent for a labour force population of 69.8 million and a total unemployed population of 23. 2 million.

However, the NBS stated that using the international standard to compute  Nigeria’s unemployment rate will be 17.5 per cent.  This puts Bosnia & Herzegovina and Namibia at the top of the list with 33.7 per cent and 33.4 per cent respectively.

The ranking done by  Trading Economics also lists Bosnia & Herzegovina and Namibia at the top with  33.89 per and  33.4 per cent respectively.

However, the Index Mundi, citing the CIA World Factbook which was updated on January 21, 2021, placed Bosnia and Herzegovina at number 10 while Burkina Faso tops the list at 77 per cent.

As a result of the disparity in the selection of criteria by different countries, ILO harmonises the data to ensure comparability across countries and over time by accounting for differences in the data source, the scope of coverage, methodology, and other country-specific factors.

From the data presented by The World Bank and dated January 2021, Nigeria’s unemployment rate which stood at 9 per cent does not top the table list whereas South Africa has 28.5 Botswana 17.2, Libya 18, Gabon 20.5, Namibia 20.4.

This and the different sources presented above negates the claim that Nigeria is the unemployment rate capital on earth.

The claim that Nigeria is the world headquarters for extreme poverty is TRUE.

Secondly, there is no enough data to substantiate or debunk the claim that Nigeria is the world capital for out-of-school children.

However, the claim that Nigeria is the nation with the highest unemployment rate on earth is FALSE. 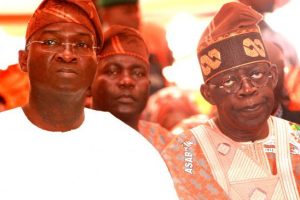