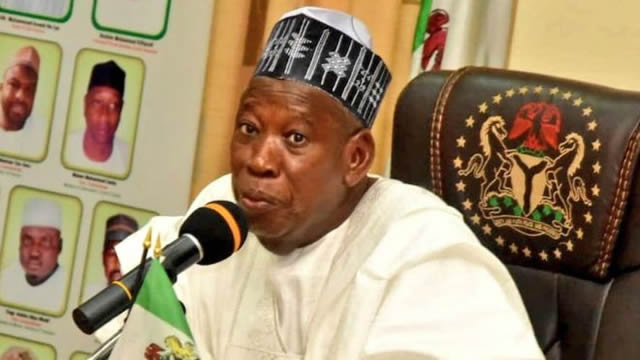 CLAIM: Kano is the most peaceful state in Nigeria

ON Saturday 8th February, Abdullahi Ganduje, the Kano State Governor reportedly boasted of the state as being the safest in Nigeria.

The governor made the claim during his meeting with President Muhammadu Buhari at the Villa in Abuja. From that period to date, the claim has spread across the media outlets including Channels Television where it had over 1,200 shares on Facebook.

Though, this claim is not his first. Ganduje had made similar claims in the past scoring his state higher on security index.

“Kano state, as of today, is the most peaceful state in the country,” Ganduje declared. “No armed robbery, no banditry, no tribal conflict, no religious conflict, even the few cases of kidnapping, the kingpins have been arrested,” he claimed.

He attributed the feat to community policing and the cooperation among the security operatives, through what he described as a command and control centre where all the security architecture is able to effectively communicate across the 44 local government areas.

But contrary to his claim, Kano is considered unsafe as Adamawa, Kaduna, and Bauchi States based on the latest rating of the United States government. This was as at 29th October, last year.

The US government will often issue travel alerts to its citizens abroad on the concerned security situation in the country of visit. This is to discourage travellers from visiting the locations identified in the travel alert.

In its regular warnings, Nigeria was placed on Level 3, which implies American citizens should reconsider their travel plans to Nigeria.  Among the states considered risky is Kano.

Though, Borno, Yobe and Northern Adamawa were classified unsafe due to terrorist attack, Kano made the same list of risky states due to ‘kidnapping.’

Figure from the Nigerian Security Tracker, an initiative of the Council on Foreign Relations (cfr) also proved wrong the claim attributed to the governor.

Data collected from May 2011 to February this year further showed that 1,052 deaths were recorded in Kano during the period. In fact, this figure is much lower to what was recorded in Sokoto which had 258 casualties, Jigawa recorded 32 deaths, Gombe also recorded 471 casualties.

A recent report released by Global Rights, rights Non-Governmental Organisation last week ranked Kano number six on the list in its Mass Atrocities Casualties Tracking study (2019). While Abia state only had one casualty, Kano recorded nine deaths in the year under review.

The National Bureau of Statistics (NBS), in its 2017 Crime Statistics released June 2018, revealed that based on reported offences by offence type and the concerned states, Kebbi recorded the lowest percentage share of total reported cases pegged at 205 (0.5 per cent), followed by Kogi 282 (0.20 per cent) and Bauchi states 386 (0.30 per cent) respectively.

Kano recorded a total of 5, 705 reported cases ranking 4th on the list according to the crime statistics under review. This represents 4.2 per cent of the total reported case nationwide put at 134, 663.

Based on the available evidence, Kano is not the safest state in Nigeria. It has recorded killings as well as other forms of criminalities, except that the crime level is not as high as other states in the northern region like Borno, Yobe and Adamawa, particularly recorded deaths caused by violent attacks.

As such, the claim made by Ganduje about Kano being the safest state in Nigeria is inaccurate.

CHECK: Did Lai Mohammed describe Nigeria as the world’s ‘safest’ country to live in?