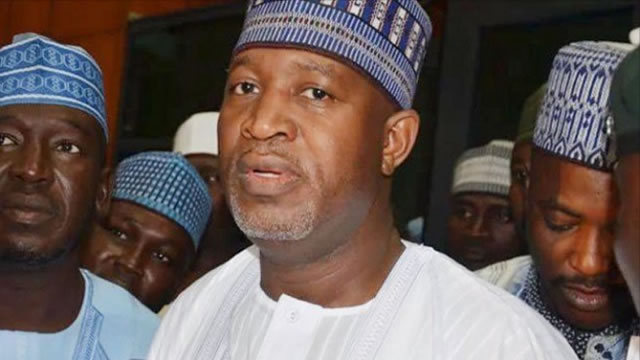 CONTRARY to claim by Hadi Sirika, the Minister of Aviation that the “impounded Flair Aviation” is a United Kingdom (UK) -based chartered aircraft, findings by The ICIR has shown that the airline’s operation base is in Germany.

The ICIR can also authoritatively report that the erring airline is not Flair Aviation as announced by the minister, but Flair Jet Limited, an airline company headquartered in the United Kingdom.

“Flair Aviation, a UK company, was given approval for humanitarian operations but regrettably, we caught them conducting commercial flights…,” the Minister had stated.

The ICIR checked through the list of licensed airline operators by the UK Civil Aviation Authorities (CAA) but Flair Aviation was missing in the three categories of license holders. The only airline operator that appeared close is Flairjet limited but again, it has a different corporate logo and also based in Oxford, UK.

But, several media organisations have reported Flair Aviation as a UK airline operator.

However, the Aviation Minister had earlier expressed disappointment at the airline for flouting the special flight arrangement it had with the federal government.

He said the airline was given approval by the federal government for humanitarian operations but was caught conducting commercial flights.

He thereafter threatened that a maximum penalty would apply.

“…This is callous! The aircraft is impounded, the crew being interrogated. There shall be the maximum penalty. Wrong time to try our resolve, “Sirika tweeted via his official handle on Sunday.

Moreover, it was gathered that the aircraft was chartered to evacuate foreign nationals out of Nigeria, but rather than stick with the agreement, it flew more passengers for commercial purposes.

As a result, the aircraft was impounded while its crew members are currently being interrogated.

The airline operates a fleet of Boeing 737-400 aircraft that is capable of conveying up to 156 passengers. Aside, it also operates on behalf of other Canadian airlines.

Meanwhile, the Nigerian Civil Aviation Authority (NCAA) on 23rd March 2020 placed a restriction on flights into Nigeria for an initial one month as measures to curb the Coronavirus disease spread(COVID-19).

Following the one month completion, the airport closure was extended by two weeks.

On 6th May, Boss Mustapha, Chairman of the Presidential Task Force on Coronavirus Disease (COVID-19), announced an extension by another four weeks.

Has FG implemented 14 of 15-point demand by JOHESU? No

With 55 per cent slash in Education, 42 percent in Health, Executive undercuts development priorities