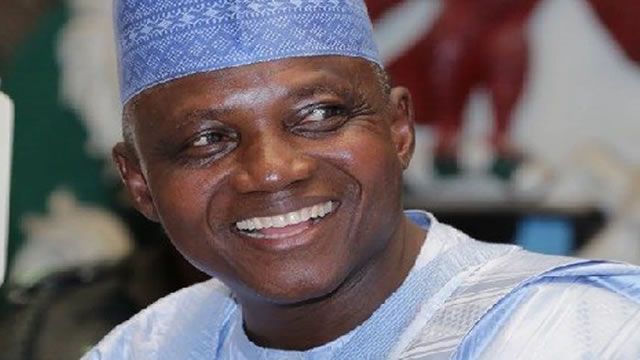 GARBA Shehu, Senior Special Assistant on Media and Publicity to President Muhammadu Buhari on Sunday expressed dissatisfaction with the media blitz on Coronavirus.

The presidential aide wondered why the media would focus attention on the disease outbreak rather than other illnesses killing Nigerians.

“This morning’s newspapers, all of them have Coronavirus as the lead, cover story,” Shehu tweeted, then the said, “When will they bring the spotlight to bear on 822 who are killed by malaria every day in Nigeria?”

It could be recalled that Nigeria’s first COVID-19 case was officially announced by the Federal Ministry of Health and the Lagos State Government on Friday.

However, since he made the post, the claim has made headlines in major Nigerian newspapers.

The tweet in less than 24 hours has gathered over 2,400 likes and 716 retweets as many Nigerians now asking President Muhammadu Buhari-led administration to prioritise the country’s health sector.

This morning’s newspapers, all of them have Coronavirus as the lead,
cover story.

When will they bring the spotlight to bear on 822 who are killed by malaria everyday in Nigeria?

The ICIR, however, put a call through to Shehu to validate his claim that 822 Nigerians were killed by malaria every day, but he did not respond to his call. Text messages were sent but he is yet to reply as at the time of filing this report. This reporter further sent a tweet to him but he is also yet to respond.

Though, Nigeria has truly recorded the highest cases of Malaria in the world and mostly followed by the Democratic Republic of Congo (DRC) in recent years, according to the World Health Organisation Global Malaria Programme (GHP) – WHO’s coordinating unit that controls and eliminates malaria.

Moreover, children under age five are most vulnerable to the disease, and often fall victim.

For instance, the World Health Organisation (WHO) in its 2018 report says 15 countries in sub-Saharan Africa and India accounted for almost 80 percent of the global malaria burden put at 219 million cases.

Out of five countries that reflected nearly half of these 219 million global cases, Nigeria had 25 percent, followed by DRC with 11 percent, Mozambique also had five percent share while India and Uganda accounted for four percent respectively.

But in terms of deaths recorded as a result of the disease, it is not true that “822 are killed by malaria every day in Nigeria,” as claimed by the Presidential aide.

Based on the 2018 World Malaria Report published by the WHO, and forwarded by Dr. Tedros Ghebreyesus, 435,000 people died due to Malaria disease globally in the year under study.

From this figure, Nigeria recorded an estimated figure of about 43,700 deaths which accounted for 19 percent among seven countries that had more than 50 percent of the global deaths in 2017.

A further breakdown of 43, 700 deaths recorded in 2017, therefore simply implies that 120 deaths were recorded daily in Nigeria.

Moreover, the latest World Malaria Report, which was published on 4th December, 2019 also accounted for 228 million malaria cases in 2018.

19 countries in the Sub Saharan and India had almost 85 percent of the global burden.

Nigeria particularly recorded about 25 percent among six nations which accounted for more than 50 percent of global malaria cases.

Based on these findings from the WHO, a United Nations health agency, the claim by the presidential spokesperson is false.

Contrary to the 822 daily deaths bandied by Shehu, the estimated figure of 95,000 when divided by 365 days equals 260 deaths – a figure, three times lower than his claim.

FACT-CHECK: Ganduje says Kano is the safest state in Nigeria but he lied