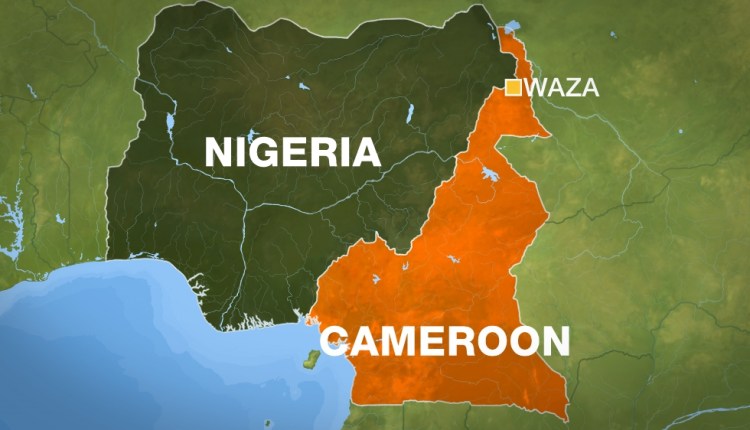 THE Guardian (Nigeria) newspaper on Friday, June 5, 2020, reported that “By July 10 this year, Nigeria may lose 24 local councils, by way of ceding, to a new country to be known as United Nations Organisation (UNO) State of Cameroon at its borders with la Republique du Cameroun.” The report has generated reactions from the public both in Nigeria, Cameroon as well as in the international community.

The report, published by some Nigerian newspapers and online news platforms, was titled: “Nigeria may lose 24 councils to new UN state”

The report claimed that Nigeria may lose 24 local government areas to a new country to be known as United Nations Organisation (UNO) State of Cameroon, which shall be carved out from parts of Nigeria and Cameroon.

The report stated further that President Paul Biya has commenced the withdrawal of his country’s soldiers from the southern part of the new state.

“The withdrawal of troops by Biya was formally demanded by the former President of the United Nations General Assembly, Ali A. Treki on May 20, 2020,” The Guardian reported.

The media report has been trending online since the news broke out on Friday.  So far it has been shared severally by hundreds of internet users especially on Twitter and Facebook, including @Amaka_Ekwo, the Press Secretary to Nnamdi Kanu, the leader of the proscribed Biafra group, IPOB.

A fact-check investigation by The ICIR shows that the United Nations (UN) is not creating a new country in Africa though there had been agitations for the creation of Ambazonia State by some leaders from Southern Cameroon.

The Director, United Nations Information Centre for Nigeria, Ronald D. Kayanja, on Monday, denied the media report in a terse response to an email enquiry by The ICIR.

“This is fake news. Should be disregarded,” he said.

Bashir Ahmaad, an aide to the Nigerian President, Muhammadu Buhari, has also debunked the report.

He said: “Nigeria may lose 24 councils to new UN state” you might have read this story on the Guardian newspapers, WhatsApp or somewhere else, the story is 100 per cent fake, fabricated, maybe for an agenda only best known to those that started the spreading the fake news.”

“Nigeria may lose 24 councils to new UN state” you might have read this story on the Guardian newspapers, WhatsApp or somewhere else, the story is 100% fake, fabricated, may be for an agenda only best known to those that started the spreading the fake news.

Similarly, Barrister Abdul Oroh, a solicitor to some detained leaders of Southern Cameroon agitators who were currently facing trial in Cameroon, told The ICIR that the Southern Cameroonians were unaware of the UN attempt to create the new State. He said all his sources in Southern Cameroon denied knowing anything about it.

When The ICIR reached out to Nigeria’s Ministry of Foreign Affairs, its spokesperson, Ferdinand Nwonye could not be reached on his mobile line. Text messages sent to him since Friday were not replied either.

The ICIR also reports that the October 10, 2002 ruling of the International Court of Justice (ICJ) at The Hague on boundary dispute between Nigeria and Cameroon only delineated boundaries between the two nations; it didn’t make any provision for the creation of an autonomous State to be carved out of the two countries.

Following the world court judgement, the Cameroon-Nigeria Mixed Commission (CNMC) was established in November 2002 by the UN Secretary-General at the request of Presidents Paul Biya and Olusegun Obasanjo of Cameroon and Nigeria respectively.

The goal of the CNMC was to facilitate the implementation of the 10 October 2002 judgement of the International Court of Justice (ICJ) on the Cameroon-Nigeria boundary dispute.

There is no evidence to support the claim that the UN is creating a new state from parts of Nigeria and Cameroon. Therefore, the report is FALSE.

Has Buhari government recovered all local councils taken over by Boko Haram in Borno, Yobe, Adamawa? 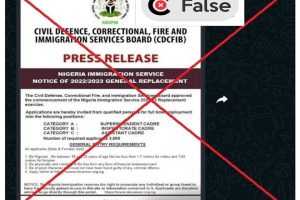