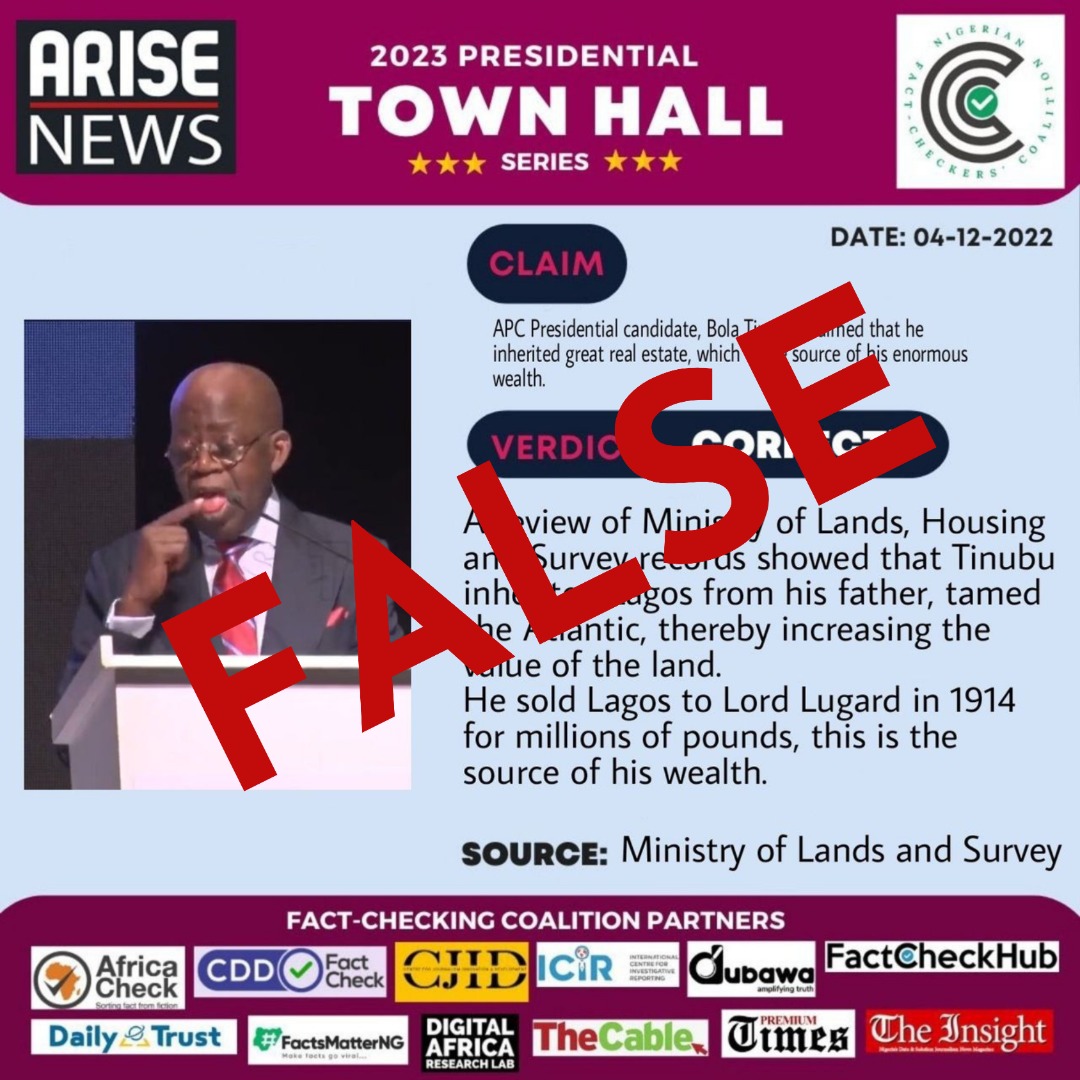 This FAKE card in circulation, doctored to pass a CORRECT verdict on a Tinubu claim, has been stamped as false by the NFC.

THE attention of the Nigerian Fact-Checkers Coalition (NFC) has been drawn to a disturbing false claim attributed to our team of fact-checkers.

The masterminds of this false information were referring to a claim made by Mr Tinubu while he was answering questions on his source of wealth during an interview with the British Broadcasting Corporation (BBC). The authors further claimed that Mr Tinubu “inherited Lagos from his father, tamed the Atlantic, thereby increasing the value of the land”.

As a group of credible Nigerian fact-checkers, researchers and journalists, we hereby dissociate ourselves from the mischief verdict concocted and attributed to us. We urge the public to note that none of our fact-checkers has a hand in producing this bogus fact-checking card.

As Nigerians prepare for the forthcoming 2023 general elections, we remain committed to producing well-researched fact-checks to hold politicians accountable while providing the electorate with verified information towards making informed decision and upholding the nation’s democracy.