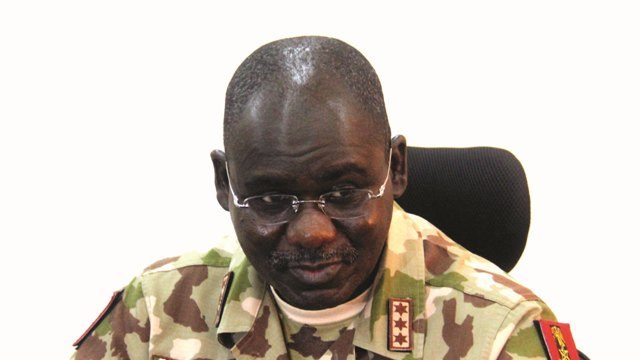 Nigeria’s Chief of Army Staff (COAS), Lieutenant General Tukur Yusuf Buratai, had on Sunday, July 26, 2020 claimed that the country is safer than it was five years ago.

He disclosed this at a sit-out with Wounded Soldiers in Action (WIA) in Kaduna, The Nation newspaper reported.

The WIAs are military officers and men injured during various operations against insurgency who are receiving treatment at the 44 Nigerian Army Reference Hospital, Kaduna.

Buratai’s claim has generated reactions from the public on various media and social media platforms such as Twitter and Facebook.

“I am proud you have made the impact that some of our colleagues and Nigerians are safe and I am equally happy that we are living in peace and Nigeria is safer now than we had five years ago,” Buratai said in the news report.

Data obtained by The FactCheckHub from the Nigeria Security Tracker (NST) authored by John Campbell, a Conflict and Security expert and Ralph Bunche Senior Fellow for Africa Policy Studies, shows that there has been an increase in insecurity in the nation, which has resulted into deaths of the citizenry, contrary to Buratai’s claim.

For instance, a total of 863 incidents which led to loss of 6,205 lives occurred between January 2020 and June 2020, compared to 490 incidents from January 2015 to June 2015 which recorded 8,047 deaths as a result of insecurity. The data shows an increase of 372 insecurity-related incidents within the same six-month period when compared with that of five years earlier, though there was reduction in the number of deaths recorded.

Also, the NST data shows that the Boko Haram insurgency tops the list of causes of insecurity-related deaths in Nigeria between January 2015 and June 2015, followed by Kidnapping, Banditry and Sectarian violence respectively, among others, within the same period.

Whereas, between January 2020 and June 2020, Kidnapping and Banditry top the insecurity list, followed by Sectarian violence and the Boko Haram insurgency.

The FackCheckHub reports that the NST is a project of the Council on Foreign Relations’ Africa programme, which documents violence in Nigeria that is motivated by political, economic, or social grievances. The data are based on weekly surveys of Nigerian and international media.

Though it noted on its website that “relying on press reports of violence presents methodological limitations as there is a dearth of accurate reporting across certain regions; death tolls are imprecise, and accounts of incidents vary, the NST makes every effort to collect information from multiple sources.”

Irrespective of the range use – 6 or 12 months – the number of insecurity incidents in 2020 is higher than five years ago.

Further findings by The FactCheckHub  also corroborated Campbell’s report of heightened insecurity in Nigeria when compared to five years ago.

A report published on Friday, July 24, 2020 by the Assessment Capacities Project (ACAPs) – a consortium of three non-profit organisations (NGOs) – which include the Norwegian Refugee Council, Mercy Corps and Save the Children revealed that violent attacks especially by bandits in Nigeria’s North-West region has led to death and displacement of citizens in their thousands.

“Attacks have included shooting and killing, cattle rustling, kidnapping, rape, torching of entire villages, and looting of valuables, and the numbers of fatalities and displaced people have continued to rise,” the report stated.

The six states of the North West, according to the report, are Zamfara, Katsina, Sokoto, Kaduna, Niger and Kebbi.

In addition, the Nigerian president, Muhammadu Buhari, on Friday, July 31, 2020 also expressed worries over rising insecurity, contrary to the Army Chief’s claim, saying “What is coming up in the northwest and north central is very, very disturbing indeed,” The Guardian (Nigeria) newspaper reported.

The country is witnessing a heightened spate of banditry, kidnapping among others.

From the information presented above, Buratai’s claim that ‘Nigeria is safer now than we had five years ago’ is MOSTLY FALSE.  This is because even though death fatalities reduced  in the period under review, there is a rise in insecurity incidents.

*This report was updated on 27/08/2020 with the two paragraphs before the verdict.

Did Lai Mohammed say the Igbos are responsible for Nigeria’s underdevelopment?