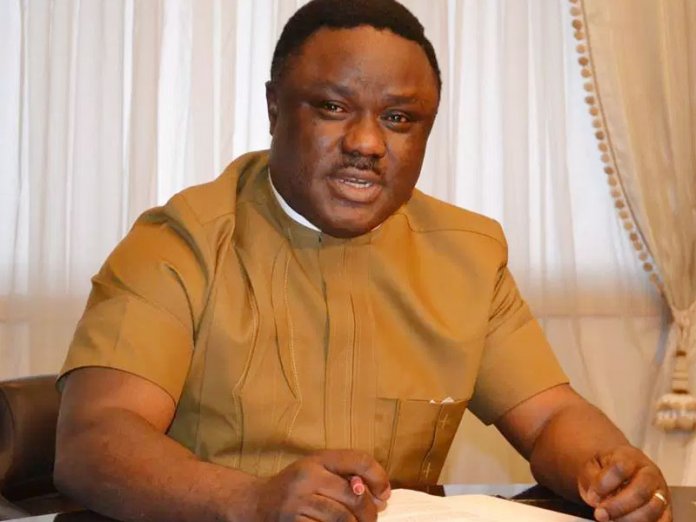 As political parties held primary elections on Saturday, May 28, 2022, ahead of Nigeria’s 2023 general elections, a news report circulating online claimed that Professor Ben Ayade, the incumbent Governor of Cross River state has lost his senatorial bid in the All Progressives Congress (APC).

The publication based its report on the results of the primary “sighted by DAILY POST,” which shows that “Ayade polled 52 votes to crash out against Adams Cecelia, who scored 140. Another aspirant Martin Orim scored 61 votes.”

The news lead reads: “Governor of Cross River State, Ben Ayade has lost his bid to secure the All Progressives Congress, APC’s ticket to run for the Northern Senatorial District of the state.”

The reported result sheet has the full name and logo of the APC with sub-headings that read “Summary of Result Sheet for party primaries Northern Senatorial District”, and “Local government summary result sheet”.

But has Ayade lost at the party’s primaries?

Findings by The FactCheckHub show that the claim is mostly FALSE.

About two weeks earlier, he publicly declared his intention to join the party’s presidential race for the 2023 election, The ICIR reported.

However, the APC presidential primary expected to hold on May 29 – 30 has been postponed by the party.

The National Publicity Secretary of the APC, Felix Morka, announced this today in a statement hours after the Independent National Electoral Commission (INEC) extended the deadline for political parties to conduct their primaries.

“Following the Independent National Electoral Commission’s extension of deadline for the submission of list of candidates by political parties, the All Progressives Congress (APC) hereby postpones its Special Convention for Presidential Primary from Sunday, 29th-Monday, 30th of May, 2020, to Monday, 6th-Wednesday, 8th of June, 2022,” the terse statement read.

Similarly, the Special Adviser, Media and Publicity to the Cross River State Governor, Christian Ita, has refuted claims that his principal participated in a senatorial primary on the platform of the APC.

In a statement titled, ‘Governor Ayade didn’t take part in any senatorial primaries – Aide,’ Ita confirmed that the state governor, Ben Ayade, is a presidential aspirant in the APC presidential convention now slated for June 6.

“We make bold to say that the so-called parallel primary election as contained in the said video was at best a poorly scripted skit comedy shot by three persons sitting in a room,” the statement read.

Ita described the video as “a joke taken too far”, and “a vapid, infantile but failed attempt at manipulation as the clowns behind it tragically forgot to also manufacture ballot boxes, delegates, observers and APC panel members.”

He added that the video was a handiwork of political desperadoes who were out to embarrass the governor.

“We wish to assure APC members and supporters, particularly in northern Cross River, that there were no parallel senatorial primaries in the district,” he said.