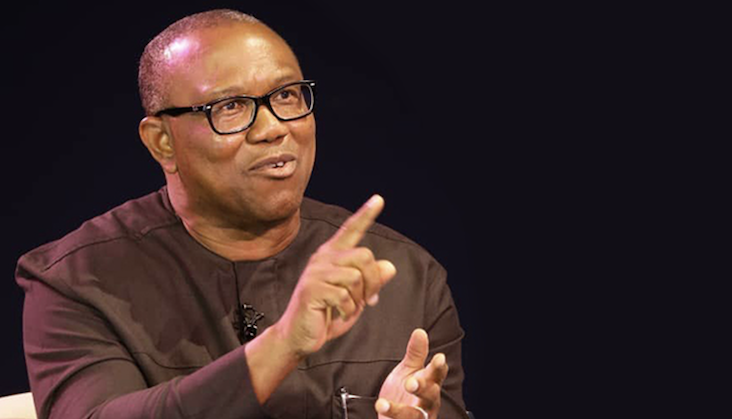 This was after the nation’s electoral umpire, the Independent National Electoral Commission (INEC), lifted the ban on political campaign for the 2023 general elections in September 2022.

This pre-election year is a critical moment in Nigeria’s current electoral cycle.

In the run-up to the election year, The FactCheckHub has since been on the lookout for potential claims from all the candidates, including presidential, governorship, federal and state lawmakers etc that may influence the outcome of the electioneering process.

That has led to fact-checking several claims made by some of the presidential candidates on different occasions.

The presidential candidates that have been fact-checked in the build-up to the 2023 polls include Peter Obi of the Labour Party (LP), Bola Ahmed Tinubu of the ruling All Progressives Congress (APC), and Atiku Abubakar of the People’s Democratic Party (PDP).

Others are Rabiu Musa Kwankwaso of the New Nigeria Peoples Party (NNPP), Omoyele Sowore of the African Action Congress (AAC), Kola Abiola of the People’s Redemption Party (PRP), Adewole Adebayo of the Social Democratic Party (SDP), and Peter Umeadi of the All Progressive Grand Alliance (APGA).

Aside from granting press interviews, the presidential candidates have taken part in presidential town hall series being aired by news media channels in partnership with civil society groups and the Nigerian Fact-checkers’ Coalition.

A review of the fact-checks carried out on claims made by the leading presidential candidates so far and published on The FactCheckHub showed that Peter Obi has the highest number of claims found to be true.

Ten of the claims Peter Obi made in the year under review were checked to be correct. This is the highest compared to other presidential candidates that have been fact-checked by this medium.

Atiku Abubakar and Omoyele Sowore recorded two correct claims each while Kola Abiola and Adewole Adebayo had one each.

During ‘The Candidates’ presidential town hall series hosted by Daria media, Obi made four claims found to be true.

He claimed that over 130 million Nigerians live in poverty. He also claimed that Nigeria’s export was N18.9 trillion in 2021.

He added that River Nile is over 1,000 kilometres longer than River Niger and River Benue combined.

He further claimed that oil contributes less than 10 percent of Nigeria’s GDP.

At the Arise News presidential town hall series held on December 4, 2022, Obi made five claims found to be true.

The LP flagbearer claimed that the average life expectancy in Nigeria is 55 while the global average is 72.9 years.

He claimed that the education budget in Nigeria is less than 10 percent in six years.

Obi also stated that Nigeria is rated 163 out of 191 countries in the global Human Development Index (HDI).

He said that education is among the three indices used in measuring human development index.

Atiku Abubakar made two claims at Arise News presidential town hall, which were found to be true.

He said Nigeria’s poverty rate when PDP was in government was not as high as it is under the present administration.

The PDP flagbearer also claimed that agriculture is the highest employer of labour in Nigeria.

Omoyele Sowore made two claims found to be true during ‘The Candidates’ presidential town hall series.

He said that Korea and Senegal do not have Senate.

The AAC flag bearer also claimed that the Nigerian government still funds electricity despite privatizing it.

One of Adewole Adebayo’s claims at The candidates presidential town hall series was found to be true.

The SDP flagbearer claimed that the counterpart health funding is not being paid in Nigeria.

Also, one of Kola Abiola’s claims at ‘The Candidates’ presidential town hall series was found to be true.

The PRP flagbearer claimed that his party is the oldest political party in Nigeria.