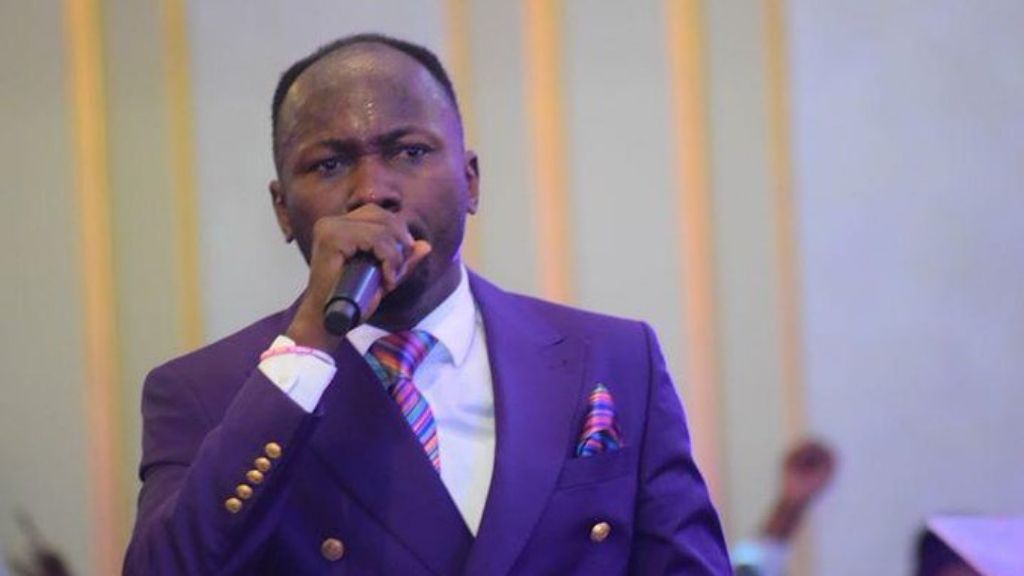 A report has circulated online that the daughter of Apostle Johnson Suleman was among those killed in the recent attack on the pastor’s convoy along Warrake road, in Auchi area of Edo State.

Gunmen had reportedly opened fire at the convoy of Apostle Johnson Suleman, the General Overseer of the Omega Fire Ministries, on Friday, October 21, 2022.

The incident led to the death of a few persons who were part of the pastor’s entourage.

Following the incident, a post shared by For The Love Of Anambra on Facebook claimed that four policemen, one driver and the cleric’s daughter lost their lives in the gun attack.

According to reports gathered, the cleric’s convoy was ambushed by unknown gunmen on Warake road in Auchi, Edo State.

Four policemen, one driver and a little girl who is the cleric’s little daughter have been confirmed dead as of the time of filing this report.”

Media reports show that seven persons lost their lives in the attack, which included three policemen and other staff of the controversial pastor.

Apostle Suleman, who spoke after the incident, disclosed this in a video posted on his verified Twitter handle, where he described the incident as an assassination attempt.

According to him, policemen and other persons in convoy were killed by the assailants who opened fire on his convoy.

While he mentioned that his wife and kids were in the car with him, he said that he was alive and that his family was fine.

“I just escaped an assassination attempt where seven people were killed. My car was attacked. They opened fire on my car and kept spraying it with bullets. My wife and my kids were there. The escort car, with some police, they killed the policeman, they killed the other people in the other escort car and the buses with us. Seven people – we were all moving in a convoy – were killed,” Apostle Suleman said.

He added, “I am alive. For those who have been calling and all that, I am well; the family is fine. I feel bad for the lives that have been taken. We are mourning but Jesus is Lord. And for all those killed, may their souls rest in peace.”

The claim that Apostle Suleman’s daughter was among those killed in the attack on the pastor’s convoy is FALSE; findings revealed that the cleric confirmed that his family is fine.

How true is Peter Obi's claim on poverty rate in northern Nigeria?