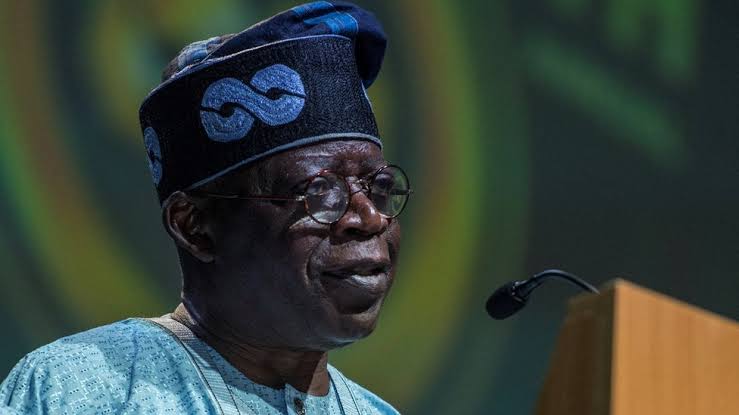 FORMER Lagos State governor, Bola Ahmed Tinubu, had officially declared in January his intention to run for Nigeria’s presidency in the 2023 general elections.

Tinubu, who is a national leader of the ruling All Progressives Congress (APC), obtained the presidential interest and nomination forms in April and took part in the party’s primary held in June 2022.

Luckily for him, he beat Vice President Yemi Osinbajo, Ahmed Lawan, Amaechi, and 10 others, to secure the party’s presidential ticket after he polled the highest votes.

However, Tinubu has been in the eyes of the storm for alleged perjury and irregularities in the documents submitted to the Independent National Electoral Commission (INEC).

As part of the build-up to the presidential polls set to hold in February next year, The FactCheckHub highlights some of the misleading claims made by the APC flag-bearer this year, as reported.

Tinubu, while speaking to members of the APC in January 2022, claimed that the Permanent Voters Cards (PVCs) issued by the Independent National Electoral Commission (INEC) had expired.

He told the party members who visited him in Abuja that they needed to register for a new PVC as he claimed the ones with them had expired.

“In case they do not announce to you on time, the PVC you have has expired,” he said.

The Chief Technical Adviser to the Chairman of INEC, Professor Bolade Eyinla reiterated that PVCs earlier issued by the Commission remain valid.

“This information is not correct. The PVC issued to all previously registered voters remains valid. This kind of statement will certainly push eligible voters to register more than once, thereby creating the problem of double and multiple registrations,” he said.

The APC chieftain had, during an interview in April 2022, claimed that he received zero allocation from the Federation Account Allocation Committee (FAAC) while he was the governor of Lagos State.

Also, he claimed that Lagos State rose to be the largest economy in Africa despite the lack of funds from the federal government.

“With zero allocation from FAAC, I turned Lagos State around and today, the state has become the largest economy in Africa,” he claimed.

While fact-checking the above, Dubawa’s findings faulted the two claims by Bola Ahmed Tinubu.

The allocations claimed to be seized by FAAC, were reported to be the local government council funds withheld in 2004, which was already five years into Tinubu’s eight-year administration (1999-2007).

The then Nigerian President, Olusegun Obasanjo, had withheld the local government funds in 2004 due to the creation of Local Council Development Areas (LCDAs) by the Lagos State Government. But it was soon released by the late Umar Musa Yaradua after he became president in 2007.

Therefore, the first claim by Tinubu was misleading as the withheld funds were local government council allocations.

On the second claim, findings revealed that there were no significant facts to show that Lagos State became the largest economy in Africa.

It was, however, found that Nigeria remains the largest economy in Africa, which made Tinubu’s claim to be false.

False claim that he brought Econet Wireless to Nigeria

Tinubu claimed that he was the one who brought one of the leading mobile telecommunications companies, Econet, now known as Airtel to Nigeria.

He disclosed this in an interactive session with the APC presidential screening committee in May 2022.

While speaking before the panel, he said, “Telecommunication that is nonsense in Nigeria today, I brought Econet, Econet is now Airtel.”

However, findings by The FactCheckHub show that the claim by the APC presidential candidate was not true.

The findings revealed how a Zimbabwean, Strive Masiyiwa, brought Econet to Nigeria.

Masiyiwa, who was the founder and Executive Chairman of the Econet Group, founded Econet Wireless in 1993.

Masiyiwa fled his country in March 2000 over persecution from the Zimbabwean authorities.

Following the purchase of the GSM license, Econet was faced with financing challenges, which made it sell 30% of its shares to the Lagos, Delta, and Akwa Ibom state governments.

Masiyiwa claimed that Econet was frustrated out of Nigeria for its failure to pay bribes to investors.

The issue later degenerated into the selling off of Econet to Vodacom in 2004.