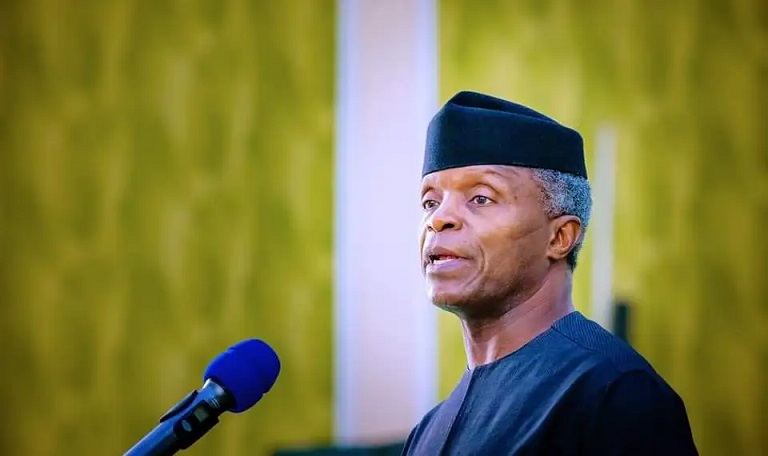 A VIRAL post circulating on WhatsApp in Nigeria claimed that Professor Yemi Osinbajo, through his campaign group, is giving out N33,000 as a support grant to every Nigerian.

The post, retrieved from WhatsApp on the 31st of May 2022, claimed that the N33,000 is a support grant from the Campaign Support Group of Nigeria’s Vice President Yemi Osinbajo, a presidential aspirant on the platform of the All Progressives Congress (APC).

Hurry Now and Check if you are Eligible to Receive ₦33,000 Support Grant From VP YEMI OSINBAJO Campaign Support.

This Grant is Available To all Nigerians.

Osinbajo officially declared his intention to contest the 2023 presidential election via his verified social media handles on the 11th of April 2022, The ICIR reported.

“I am today, with utmost humility formally declaring my intention to run for the office of the President of the Federal Republic of Nigeria on the platform of APC,” Osinbajo’s statement partly read.

Ahead of the official declaration of Osinbajo’s presidential bid, several branches of Professor Yemi Osinbajo (PYO) Support Group had been inaugurated across states in Nigeria, The Punch newspaper reported.

A click on the link, archived here, directs users to a website showing the image of Osinbajo alongside some information about the grant with instructions on how users should enter their personal details to apply.

Details required to access the grant include name, phone number, address, and email address. It stated that “This offer is available till July 2022” on the webpage when scrolled down.

Once the required details are filled in and submitted, it directs users to another page showing congratulatory texts with an instruction that they should invite friends to get a withdrawal code.

A look at the website shows that both its URL and webpage have features similar to some websites The FactCheckHub had earlier verified to be false as seen here, here, here, here, and here.

When the web link was subjected to an anti-malware test using McAfee WebAdvisor, the result shows that “this site contains potentially dangerous content that could harm your computer.”

The McAfee WebAdvisor is a service that reports on the safety of websites by crawling the web and testing the sites it finds for malware and spam.

Further checks revealed that the campaign support group of the APC presidential hopeful allegedly behind this viral claim on WhatsApp is known as Osinbajo Support Movement (OSM).

On its official website, the Osinbajo Support Movement claimed that it is “a group of patriotic Nigerians committed to ensuring that Nigeria’s brilliant, hardworking, reliable, and patriotic Vice President, Professor Yemi Osinbajo contest and win the 2023 Presidential election.”

When The FactCheckHub reached out to the OSM via one of its social media platforms, it stated that the claim is false.

“It’s not from the VP (Yemi Osinbajo) sir. It’s absolutely fake news,” an Admin of the page stated in response to our reporter’s inquiry.

The claim that Professor Yemi Osinbajo is giving every Nigerian N33,000 as a support grant is FALSE; findings show it is a phishing website.

Who brought Econet to Nigeria?

How the religious toga of misinformation fuelled COVID-19 pandemic