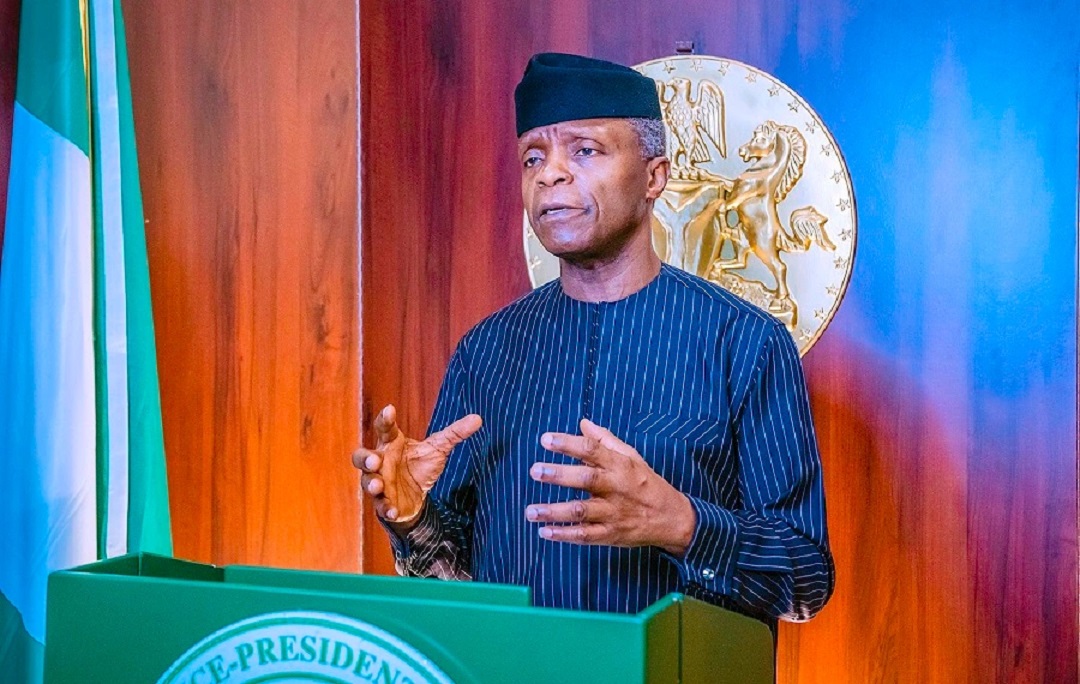 PROFESSOR of Journalism and Emerging Media at Kennesaw State University Farooq Kperogi has again come under fire for claiming that Vice President Yemi Osinbajo uses his Office to facilitate job appointments for members of the Redeemed Christian Church of God (RCCG) where he is a pastor.

Kperogi wrote on Monday that the VP sees his position in government as “an opportunity to promote the supremacy of the Redeemed Christian Church of God (RCCG)” which he has characterized as Osinbajo’s RCCGification project.

The article titled “Two Major Lies in Osinbajo’s Declaration Speech” has been the latest sensation on social media.

On Twitter, Kperogi’s followers have locked horns, defending or criticizing the 760-word article.

But is his claim about Osinbajo facilitating the appointment of RCCG members in the President Muhammadu Buhari-led government TRUE or FALSE?

Relying on public records, The ICIR profiles some of the government appointees whose recruitment Osinbajo allegedly facilitated.

The first on the list was the Minister of Industry, Trade & Investment between 2015 and 2019, Dr. Okechukwu Enelamah.

Dr. Enelamah indeed was the pastor of RCCG Olive Tree parish at Banana Island Ikoyi Lagos. He was commissioned in May 2015, a few months before he was announced as minister of the Federal Republic of Nigeria. He succeeded Pastor Osinbajo who then was transferred from RCCG Jesus Centre parish to Olive Tree in October 2009.

But at the time of his appointment, he was also the head of African Capital Alliance (ACA), Nigeria’s biggest private equity firm. The company raised over $750 million in managed funds since its inception in 1997.

Another prominent hire allegedly facilitated by the VP Osinbajo is the Senior Special Assistant on Media and Publicity, Laolu Akande.

Long before he returned to Nigeria to serve in the Office of the Vice President, the former reporter at The Guardian was also the pastor of RCCG Jesus Friends Assembly, Bayshore, New York, USA.

According to the information on the church’s website, Akande started the parish on May 13, 2007, then located in Brentwood.

In 2015, he was appointed as the spokesperson for the vice president.

Kperogi wrote that Akande abandoned his church to take up the government job in Nigeria. “I’ve learned that Akande’s parish in New York has now closed,” he wrote.

The ICIR’s finding shows that the church is still operating.  In fact, the Church Resurrection Celebration service is slated for Sunday, April 17 at its current address 150 Motorparkway, Suite 304 Hauppauge, NY.

The third nominee of the VP on Kperogi’s list is the former chairman of the Federal Inland Revenue Service (FIRS), Babatunde Fowler.

The ICIR confirmed that the taxman is also a pastor of the RCCG.

He is currently the assistant pastor in charge of Administrative Business for the Rose of Sharon parish, GRA Ikeja Lagos.  He and Pastor Bolanle Soremekun who is in charge of the church’s Corporate Social Responsibility deputise for the senior Pastor Emeka Obiagwu who has been overseeing the church since 2010.

Then, there is the Director-General of the Bureau of Public Enterprises (BPE), Alex Ayoola Okoh whom The ICIR confirmed also to be a pastor.

Okoh is a pastor at RCCG Olive Tree Parish. In fact, he was the immediate successor of Enelamah at Olive Tree parish where Osinbajo also pastored earlier.  He became pastor at the church after Enelamah was appointed as Trade Minister.

In 2017, he got his own appointment as the overall boss at BPE.

He was the Managing Director/CEO of NNB International Bank from January 2001 to December 2005 and was regarded as the one that repositioned the bank as a leading commercial bank and led the merger between the bank and eight others to form the Unity Bank.

Also on the list shared by Professor Kperogi is Pastor Olukayode Pitan, the pioneer pastor of Olive Tree parish. The parish was established in 1995 by Pastor Alfred Olufemiyimi and his wife, Abby.

Pitan was later transferred to Lagos Province 35 parish and Tabernacle of David parish, Ajah Lagos and he was succeeded by Osinbajo at Olive Tree.

In 2017, while acting as president, Osinbajo approved the appointment of Pitan as the managing director of the Bank of Industry (BOI). Buhari, however, renewed Pitan’s appointment last month for good performance.

Under his watch, BOI has promoted financial inclusion by supporting the expansion of over three million enterprises, thereby creating over seven million jobs, a statement from the presidency has noted.

Before his appointment, he was also the Managing Director/Chief Executive Officer of First Interstate Bank Plc. He served as Executive Director of Unity Bank Plc in charge of Corporate Banking and Treasury Management.

Though Kperogi did not mention Ben Akabueze, the Director-General of the Budget Office of the Federation as one of the beneficiaries of Osinbajo’s RCCGification project, other critics of the VP have listed him as one of those who got the job because of his RCCG membership.

Akabueze was first appointed as a Special Adviser Planning to the President in 2016 and later was appointed as Director-General of the Budget Office by President Buhari. Curiously, he was also an RCCG pastor.

He was the Pastor-in-charge of Lagos Province 39 of the RCCG with headquarters at The King’s Court Parish in Victoria Island, Lagos untill his appointment with the Federal Government six years ago.

There was also Edobor Iyamu, the former Senior Special Adviser to the President on Niger Delta Affairs in the Office of the Vice President. He was among the 35 aides of the vice president that was allegedly fired by Buhari in 2019.

Iyamu is the Pastor in Charge of Jesus Family Parish of the RCCG since 2008 to date. The church is located at No 20, Sumbo Jibowu Street, Off Ribadu Road, S.W. Ikoyi, Lagos, Nigeria.

An expert in Investment and Commercial Law, Iyamu is the Managing Partner at Lawfield (Barristers & Solicitors).

According to his LinkedIn profile, he holds MSc in Maritime Law from the University of London Queen Mary College and a Bachelor of Laws (LLB) from Ambrose Alli University (AAU), formerly Bendel State University, Ekpoma.

The ICIR yesterday sent questions to Arukaino Umukoro, the Special Assistant on Communication Projects, at the Presidency via Facebook. He is yet to respond even though he was active 1 hour ago before the time of publishing this report.

He has however debunked the claim that Osinbajo nominated ministers, in a response to an article published in the media.

“The President appoints his Ministers,” he stated.

The ICIR contacted Laolu Akande for comment, “No I won’t dignify nonsense,” he responded.

Meanwhile, a source in the presidency told The ICIR that Enelamah and Pitan were actually nominated and brought in by the former Chief of Staff to the president, late Abba Kyari who had known the two men as bankers in Lagos when Kyari was also at UBA.

The source, however, confirmed that VP Osinbajo nominated Okoh. The source also dismissed the role allegedly played by the VP in the selection of Soun of Ogbomosho and Akirun of Ikirun?

“He is not an appointing authority, so could not play a role,” the source said.