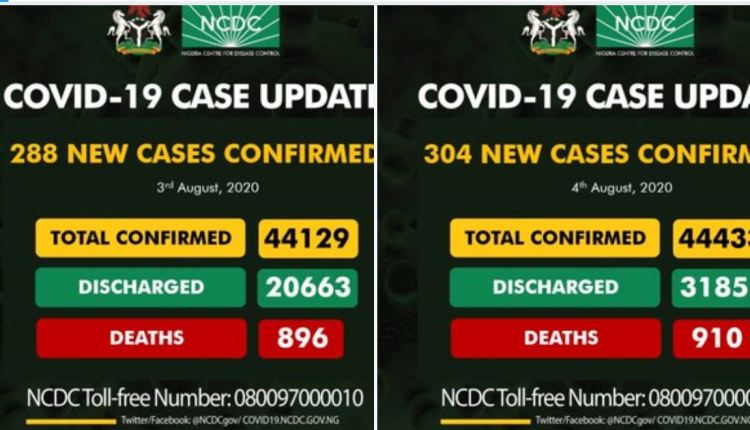 ON AUGUST 5,  the Nigeria Centre for Disease Control (NCDC) daily updates on COVID-19 cases showing a difference of over eleven thousand discharged patients were widely shared on Facebook, Twitter and Whatsapp groups.

Some media houses also reported that Nigeria discharged over 11,000 COVID-19 patients in 1-day.

That Nigeria discharged 11,188 patients in one day.

Checks by The ICIR showed that the centre had on August 3 via its twitter handle, during its daily updates stated that 20,663 COVID-19 patients were discharged.

On August 4 the centre tweeted that 31,851 patients were discharged which makes a difference of additional 11,188 patients within a 24-hour period.

On face value it looks like the NCDC  discharged 11,188 patients in one day,

However, checks showed that was not the case. The Director-General (DG) of NCDC, Chikwe Ihekweazu said that the discharged patients were cases managed from home.

He noted that the difference in number was from Lagos state while explaining that the centre recently provided guidance on reporting cases, not in isolation centres.

Earlier on, the NCDC on August 4 had  tweeted that the discharged cases in the daily update included a cumulative 10,946 recovered COVID-19 patients in Lagos State who were being managed at home.”

From the information presented above, the claim that Nigeria discharged 11,188 patients in one day is MISLEADING,  even though the figures from the NCDC updates shows that, but the result was cumulative over time and not within a 24-hour period.

Is NIMC behind mobile app capable of integrating BVN, NIN and other security numbers?