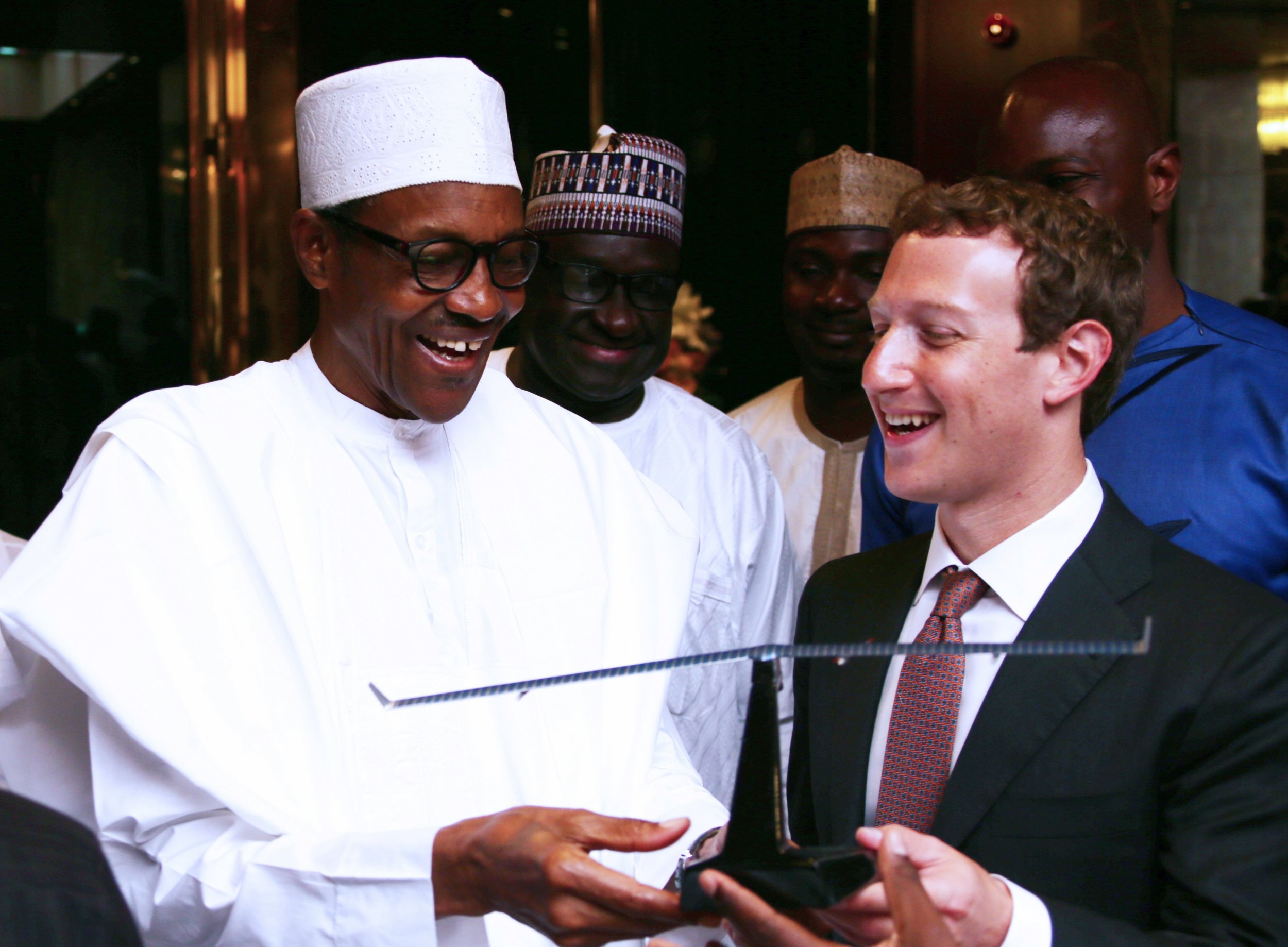 A photo of a  tweet stating that the president of Nigeria is suffering from the ‘inability to think properly’  which has gone viral on social media was alleged to have originated from the verified Twitter account of  Facebook CEO Mark Zuckerberg.

This image was circulated amidst a ban placed on Twitter in Nigeria by its president, Muhammadu Buhari.

Findings by the FactCheckHub show that the image is manipulated and therefore false.

That Facebook CEO Mark Zuckerberg tweeted that President of Nigeria Muhammadu Buhari is suffering from the inability to think properly and may need medical check-up.

READ ALSO: Is this viral photo an attempt to launch a rocket into space in Nigeria?

The image  under verification is presented to look like a screenshot  of a tweet. It has the photo of Facebook founder Mark Zuckerberg, it was alleged to have been posted on June 4, 21 at 10:42am  and has been retweeted 2.6 million times with 3.7 million likes. The account is @MarkZuckerberg and it has the blue verification badge.

The tweet purported reads “The Nigerian President needs medical check-up; he may be suffering from the inability to think”.

Findings by the Factcheckhub show that the account @MarkZuckerberg  is suspended for violating twitter rules, the when and why could not be ascertained.

Even though the account has been in existence since 2009, it is almost dormant. The last tweet was in 2012.

Secondly, he is  not verified.

To determine that it is the authentic account of Zuckerberg the FactCheckHub conducted a google search on Zuckerberg twitter and multiple reports  here, here and here made reference to @Finkd as his account.

One of the reports which talked about Twitter CEO Jack Dorsey  [@jack] unfollowing Zuckerberg cited this handle.

In addition, Big Tech Alert an account  that keeps track of the activities of tech CEO’s and top executives also has @Finkd on its list.

Goat icon in social media speak, is also use to represent the abbreviation for Greatest Of All Time [GOAT]. It is meant to refer to or describe the person who has performed better than anyone else ever in their field.

Furthermore, from the FactCheckHub audit of the followers of @Finkd, Facebook is following the account along with silicon valley bigwigs like Youtube’s Chief Business officer, Robert Kyncl; Lyft co-founder, Gagan Biyani; Microsoft President, Brad Smith; Google and Alphabet CEO, Sundar Pichai among others.

The lack of verification of the account may or may not be unconnected with the silent rift between the two tech bosses who over time have had difference of opinion on multiple fronts; from how to run their platforms, polices on political advertisements,  tackling of fake news and so on.

Jack reportedly  said he does not use any Facebook product while Zuckerberg reportedly attempted to buy Twitter in 2008.

Background to the misinformation

On June 1, 2021, Buhari made a twitter thread after receiving briefing  from the Chairman of the Independent National Electoral Commission (INEC), Mahmood Yakubu.

Yakubu had updated him on series of attacks on electoral facilities across the country, particularly the south East region.

Some groups in the region largely made up of Igbos are agitating for secession, this has led to series of conflicts which sometimes results to loss of lives and destruction of properties.

In 1967, the same region had attempted to secede by forming Biafra Nation, this led to 30 month-long civil war which Buhari a retired military general had fought in.

The war led to death and displacement of millions of persons.

In his response to the INEC boss, which was tweeted, Buhari referred to the civil war while talking of how insurrection will be dealt with, this sparked outrage, the tweet was reported by multiple accounts and it was taken down by Twitter for violating it policies.

This led to the unfolding of several events, one of which is the ban on Twitter in the country which have been described by those opposing it as not constitutional.  Another is the avalanche of misinformation circulating on social media.

The claim that Facebook CEO Mark Zuckerberg tweeted that President of Nigeria Muhammadu Buhari is suffering from the inability to think properly and may need medical check-up is FALSE. The image was manipulated and the account cited does not belong to Zuckerberg.