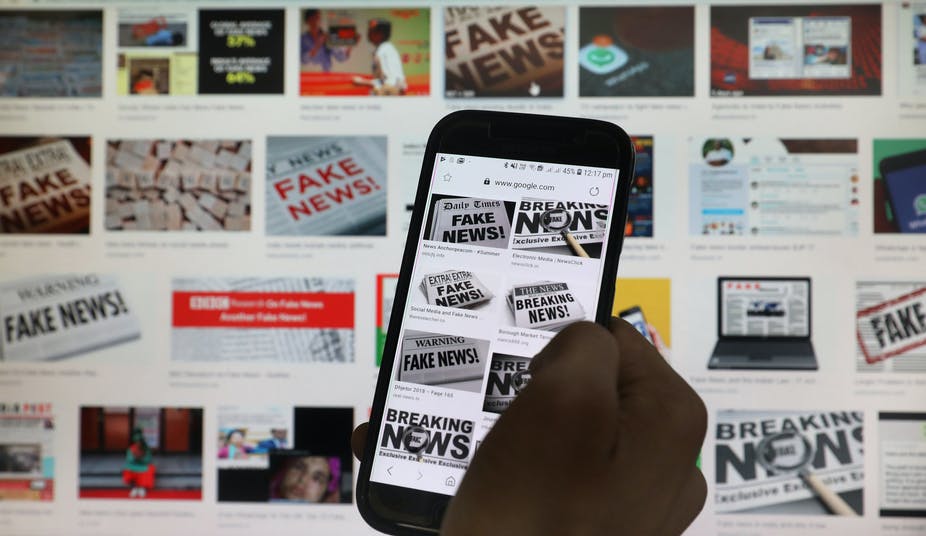 Many laws passed in recent times are not aimed at correcting false information, but punishing its publication. EFE-EPA/Harish Tyagi
Reading Time: 5 minutes

Misinformation, best understood as false or misleading information whether or not it was intended to mislead, has long been recognised as a problem worldwide. Together with disinformation, which is spread deliberately to misinform or mislead, it constitutes a key part of the information disorder distorting public debate around the world.

Concern about the effects of misinformation on individuals and society has grown globally since 2016, when it was seen by many commentators as driving the political upheavals of Brexit in the UK and the election of Donald Trump in the US.

In Africa, interest in the subject grew in particular after news emerged of disinformation campaigns run by Bell Pottinger, the British PR firm, on behalf of the Gupta family that stirred up racial tensions in South Africa in 2016 as a counter-narrative to the growing public anger at the family’s central role in grand corruption and state capture.

In Nigeria, concern about disinformation rose after news emerged of the role that disinformation orchestrated by the UK political consultancy Cambridge Analytica played in its 2015 election. Similarly in Kenya, when the firm supported the campaign of President Uhuru Kenyatta in elections two years later.

With concern rising among politicians and the public, governments around the world have since 2016 passed a flurry of laws and regulations
penalising the publication or broadcast of what is deemed to be “false information.”

In our study we examined the changes made to laws and regulations relating to the publication of “false information” in 11 sub-Saharan countries between 2016 and 2020. We also looked at how they correlate with misinformation, to understand the role they may play in reducing harm caused by misinformation.

We found that while these laws have a chilling effect on political and media debate, they do not reduce misinformation harm. This matters as the laws curtail public debate, yet fail to curb the harmful effects of misinformation.

We first identified laws and regulations relating to “false information” in a sample of 11 countries laws – large and small, Anglophone and Francophone – from across sub-Saharan Africa. The countries studied between 2016 and 2020 were Benin, Burkina Faso, Cote d’Ivoire, Ethiopia, Kenya, Malawi, Niger, Nigeria, Senegal, South Africa and Uganda.

We then compared the terms of the laws passed with what is known about the types, drivers and effects of misinformation. This was based on studying 1,200 claims identified as false by one or more of 14 fact-checking organisations in Africa. Finally, we assessed the effects of the laws’ enforcement.

In our research report, we found that in the 11 countries studied, the number of laws against “false information” almost doubled from 17 to 31 from 2016 to 2020.

The problem we identified is that these laws restrict freedom of speech. And they don’t reduce the actual – or potential harm – that misinformation causes.

This tells us that the punitive approach does not appear to work.

By contrast, an approach favouring better access to accurate information and correction of false information may do so.

Describing the “chilling effect” that the laws have had on public debate in Uganda, an analyst in Uganda told us

Self-censorship has increased in the recent past due to the state’s continued arbitrary application of the law.

First, we found, the majority of laws related to “false information” took a punitive approach. They were not seeking to correct the false information or facilitate improved access to accurate information. Their aim was to punish publication with fines and terms in prison of up to 10 years.

Second, one third of the laws studied – from the Code du Numérique (2018) in Benin to the Broadcasting Code of Conduct in Nigeria (2016) – require no evidence that the allegedly false information caused or risked any form of harm, for its publication to be declared an offence. Six other laws punished “crimes” not recognised under the Universal Declaration of Human Rights’ Article 19 on Freedom of Expression. An example is the “annoyance” of ministers.

Together, more than half the laws are thus not related to reducing harm as recognised by international law.

Third, we found that how law courts should determine what information is “false”, or what constitutes “harm”, is in general not defined. Decisions are, therefore, arbitrary and open to political abuse.

Our study found the majority of those punished under these laws are opposition politicians or journalists. Not one was a government official or a politician from the ruling party. This does not correlate with what we know of misinformation and the role of some politicians in contributing to the problem.

Fourth, we found the laws take effect on a tiny scale compared to the cases of misinformation in circulation. The Disinformation Tracker project, set up in 2020 to study the implementation of laws on misinformation and disinformation, found that just 12 “law enforcement actions” were taken in three months in the 11 countries. Only one quarter of these actions had an “objectively legitimate aim”.

This pales in comparison to the hundreds of cases of misinformation tackled by the growing number of fact-checking organisations in Africa, and the millions of content moderation decisions made worldwide by tech platforms daily, many of which made to counter misinformation.

Where laws or regulations are used to prevent the continuing spread of genuinely harmful misinformation, as in cases we examined in Uganda and South Africa, it’s plausible they may directly reduce harm.

But, our study suggests these cases are the exception, not the rule.

What works against misinformation

Our study shows that the punitive legislative approach is not working, and suggests alternative approaches can be more effective.

This includes efforts seen across the continent to improve access to accurate information. Examples include setting up an independent watchdog of the quality of official statistics, as exists in the UK, and an independent body to ensure public access to that data, as in South Africa.

This is essential to counter misinformation.

It can be seen in the “right of reply” written into legislation in Malawi, that obliges broadcasters to air “counter-versions” from “entities affected by an assertion of fact” if the “fact” can be shown to be false.

It can also be seen in a new and improved press code in Senegal. Introduced in 2017, it requires all news operations to observe a code of professional ethics. This includes a focus on verification, with work overseen by an independent regulatory body.

Another approach is enabling the growth of independent fact-checking organisations seen across the continent in recent years. These alternative approaches can reduce the harm that misinformation causes, without reducing free speech.

This article is republished from The Conversation under a Creative Commons license. Read the original article.

Was N37bn approved for the renovation of the National Assembly complex?