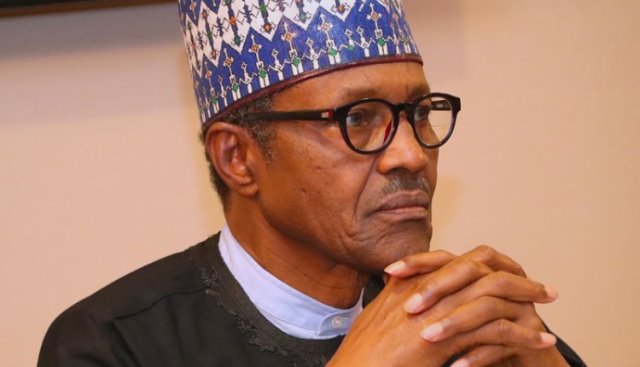 There is no evidence to support the claim that President Buhari got a body double, or has been cloned.
Reading Time: < 1 minute
A NUMBER of high-profile public figures in Nigeria, including a former government minister, have claimed President Muhammadu Buhari is dead and is being imitated by a man called “Jubril” “from Sudan”.

CrosscheckNigeria, a collaboration of newsrooms in Nigeria which includes The ICIR  has investigated this claim and found no evidence to support it. The earliest mention of the claim of an imposter was in a Twitter post by user @sam_ezeh on September 3rd, 2017. A video outlining the claim has since been shared more than 5,000 times on Facebook and Twitter. In it, Nnamdi Kanu, the leader of the Indigenous People of Biafra (IPOB), tells his followers that Buhari had died.“The man you are looking at on the television is not Buhari… His name is Jubril, he’s from Sudan. After extensive surgery they brought him back,” he says. Kanu has separately referred to the supposed lookalike as “Jubril Al-Sudani”. Others have called him “Jibrin”.Neither Kanu nor the others making the claim have provided any credible evidence.

The rumour has been fueled by the real-life death of a Nigerian diplomat in the Sudanese capital, Khartoum in May 2018.

There have been allegations that the diplomat was deliberately killed due to his involvement in the supposed cover-up about Buhari.

Reno Omokri, a former aide to President Goodluck Jonathan and Femi Fani Kayode, a former government special advisor and minister under president Olusegun Obasanjo, have both repeated the claims.

Ajayi Boroffice, a professor of genetics, has also dismissed the possibility of cloning a 75-year–old man such as Buhari.

According to him, it is “ridiculous for anybody to think Mr.President has been cloned and that the person who is the President of the Federal Republic of Nigeria is a clone from Sudan.”