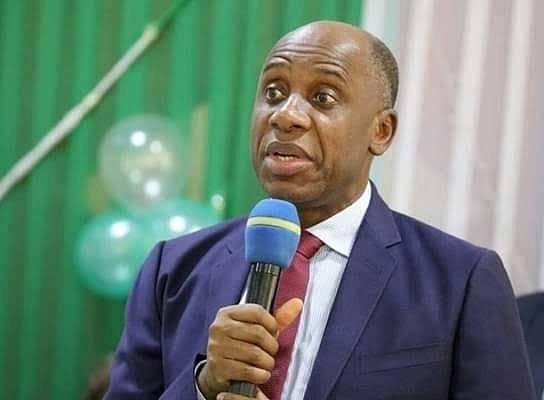 ON DECEMBER 26, 2021, Nigeria’s Minister of Transportation, Rotimi Amaechi said the money left behind by former President Goodluck Jonathan’s administration could not sustain the country for three weeks.

He made the claim on a Channels Television’s programme titled, ‘Hard Copy’, The Punch reported.

The claim was reported on multiple news platforms; the reports were also shared widely across various social media platforms.

Some of the publications include:

Figure 1: The Punch newspaper, which published the report, is one of the national newspapers in Nigeria.

Figure 2: Sahara Reporters is one of the online newspapers in Nigeria which published the report.

Figure 3: The Cable, another online newspaper, also published the report.

The money left behind by former President Goodluck Jonathan could not sustain Nigeria for three weeks.

Data from the Central Bank of Nigeria (CBN) show that Nigeria had $28.6 billion in its foreign reserve when former President Jonathan left office in May 2015.

Nigeria’s Naira exchanged for the US Dollar at a maximum official rate of N305.21 as of October 2016.

If the country’s 2016 budget had been financed totally from its foreign reserve, Nigeria will still have about $10 billion left in its reserve.

From the findings above, Nigeria’s foreign reserve, as of when former President Jonathan left office in May 2015, is much more than what the President Buhari-led government budgeted as its expenditure in its first year in office.

The claim by Amaechi that money left behind by former President Jonathan could not sustain Nigeria for three weeks is FALSE; as reports indicate that the country’s foreign reserve had $28.6 billion as at when his successor took over.